Pierce College is a junior college in southern California with an abundance of surrounding land. Located on the south side of campus is a dilapidated wooden structure surrounded by a chain link fence, used in the 1980s as a practice ski-slope. In 1998, I heard that domestic rabbits were living there.

I went out to investigate and found approximately 75 domestic rabbits. I monitored this site for the next year. The rabbits never survived more than eight months. Predators included domestic dogs whose owners would allow to chase the rabbits as sport, domestic cats, bobcats, coyotes, and hawks. Environmental factors included lack of vegetation during the summer, and lack of water. During the winter, the space under the slope was often flooded, leaving them open for predation. The rabbits survived because a well-meaning person fed and watered them three times a week.

In 1999 I decided to remove the rabbits. Over the next nine months, myself and one other person caught each and every rabbit by hand. Each rabbit was sexed and named, then transported to a veterinarian for examination and spay/neuter. On average, 10 rabbits were spayed/neutered per week. I would pick them up after surgery and bring them to my home to recuperate for two weeks. At the end of their stay, they were taken to a rabbit rescue group and placed up for adoption.

Domestic Rabbit Hierarchy in the Wild

Every night after work I went to observe and capture rabbits. I found the tough bunnies-or, as we used to call them, rabbits who should be wearing leather jackets and smoking-often hung out at the top of the slope. Other types included jokesters, female caregivers, flirts, babies, and older (8 months) wise men. It was amazing to see two males come from opposite ends of the field and meet midway high in the air and ram chests, as if they were elks. They would scream and tangle until one of them retreated. All the rabbits watched. Afterward, members of each other’s “posse” would consort with the winner and the loser.

I never saw any rabbit die due to this sparring. I observed a lot of rabbit play. Running, leaping, chasing, and even something I can only describe as laughter. I observed large extended families consisting of males, females, and babies. The rabbits were loyal to their group; many befriended rabbits in other groups but always eventually returned to their original group.

After observing feral rabbits in the wild and in my home, compared with fully domesticated rabbits, I can find no obvious difference. I have had feral rabbits not want to leave my bed and non-ferals reluctant to come inside after a run (supervised, of course) outside in the grass. It is not the place the rabbit was born and spent his formative years, but individual personality that dictates behavior. Feral rabbits in large groups are much easier to bond with other rabbits either feral or not. They possess more advanced social skills, I believe due to their experience of living with multiple rabbits. Difficult bondings generally occur when rabbits have lived alone or with only one other mate. House rabbits who have lived with other house rabbits readily accept a feral into their family. I have bonded groups of all combinations-feral with feral, feral with tame, and tame with tame. I try to avoid generalizations, but in my experience, most rabbits enjoy living in groups.

This was the worst aspect of the rescue. Was I doing the right thing? Should two people try to take on such a large rescue? We in no way had enough resources; could we give all these rabbits the care they needed and deserved? During the capture phase, people would walk or run by and say, “Leave them alone, they like it here”; and “Are you going to take them and put them in cages”; and “My kids like playing with them, look how happy they are.” Some people threw rocks and sticks at me. Just one time watching a hawk swoop down and grab a rabbit pretty much removes such questions.

This was the most emotionally devastating endeavor of my life. I witnessed things that no rabbit lover should ever have to see. To this day anytime I see a large field, I automatically look for rabbits. I hold my breath, hoping to see none.

It has been many years since the Pierce College Rescue. All but 25 of the rabbits have been adopted; 10 remain in the rescue program, available for adoption. I have 15 Pierce College rabbits who for various reasons are “unadoptable,” 12 because they have head tilt. They live together in my mini-sanctuary-healthy, happy, and bundles of energy. They are all approximately seven to eight years of age.

The personal toll was another unforeseen factor. My life stopped for several years. No vacations, every dime spent on rabbit care. My relationships with friends and family were squeezed in between rabbits. I still wonder if this was one of my biggest accomplishments or biggest life disasters.

Did I do the right thing? 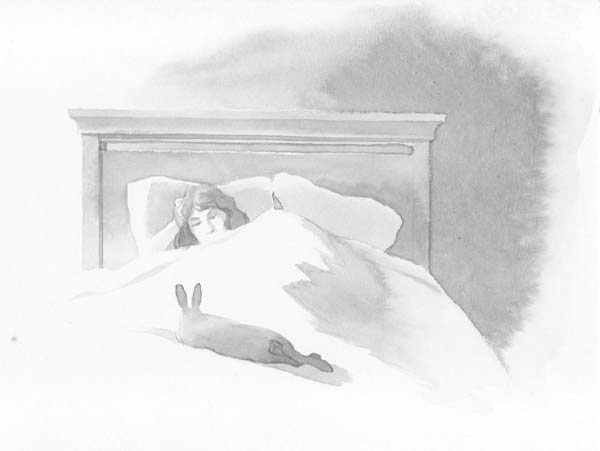 When asking myself this question, I think of a reddish-colored rabbit I captured one evening. Some teens had bound her back legs together with rope. She was blind in one eye, had mites covering the internal and external portion of her ears, and she was pregnant. She was trying to hop, with her legs bound. I grabbed her and, forsaking all other things in my life, in that moment, I made a decision to take every rabbit from the area. I named her Rita. We were able to save her legs with treatment including physical therapy. She was spayed and treated for mites. She currently lives as a sanctuary rabbit in the home of a dedicated volunteer.

I have it on good authority that Rita likes to sleep on the bed, occasionally.