Rabbits have a language all their own. Here are some tips on interpreting your bunnies’ hops, kicks and grunts. 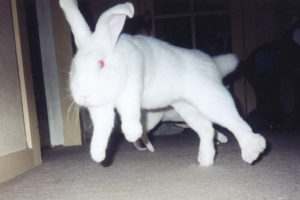