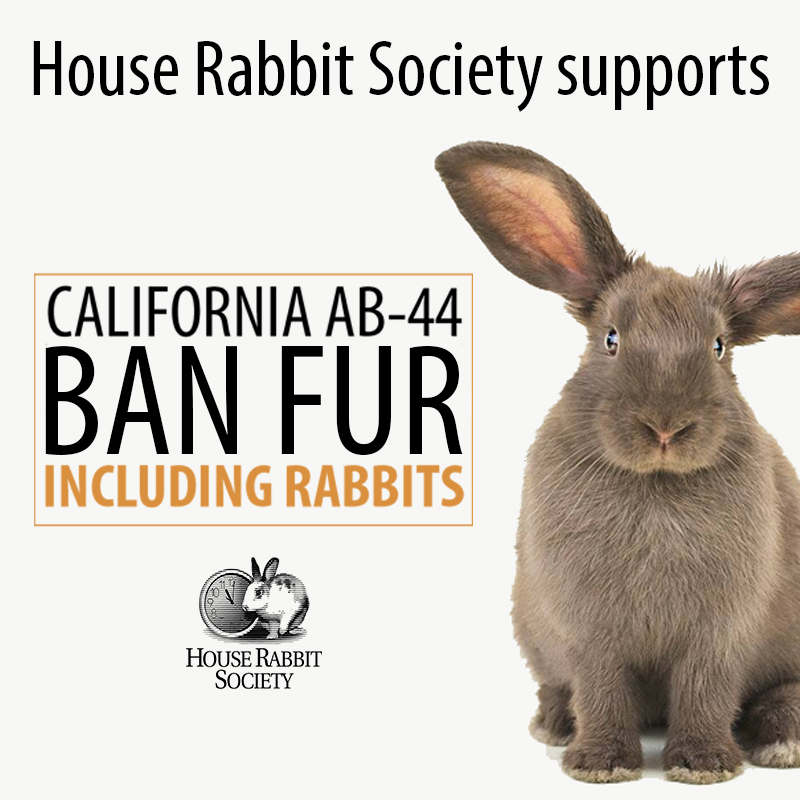 The fur ban, AB-44, passed in California, and will ban the sale, distribution, or manufacture of animal fur state-wide. This law is the first of its kind in the country, and will go far towards ending an incredibly cruel industry.

Read the full text of the bill

This bill is sponsored by:

Agribusinesses lobbied for an exemption for rabbit fur in AB-44, claiming that they’re already killing the rabbits for meat, so they might as well sell the pelts.

In addition, the claim that rabbit fur is just a byproduct of rabbit meat is specious. Rabbits who are raised for meat are killed at a much younger age than rabbits who are raised and slaughtered for fur. The fur from rabbits slaughtered for meat is just used for toys and trim; the fashion industry relies on rabbits raised and killed solely for their fur. The meat from these fur rabbits is too “old” for human consumption.